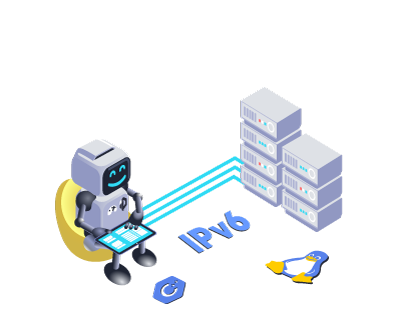 New VPS IPv6 as an alternative to IPv4

By System
Continuing the previous topic about the "Global shortage of IPv4 IP addresses", we decided to develop and offer separate VPS tariffs with support only for the IPv6 Internet protocol. This allowed us to provide the opportunity to use the service at an affordable price. We are forced to state the fact that data centers raise prices for each v4 IP address. All this is happening against the backdrop of a global shortage of IP addresses and a massive increase in energy prices.

We are always trying to find solutions for our client, because IPv6 is a great alternative to IPv4, the future is behind it, and v4 IP addresses are physically “not enough for everyone” as the number of devices in the world increases exponentially every day.

It is worth noting that one of the disadvantages is the slow transition of Internet providers to the new v6 protocol, which does not allow end users to start using this network to the fullest. You can check IPv6 support at https://test-ipv6.com/ (or on other Internet services).

You can get acquainted and order the service by the link: https://iphoster.net/vpsv6

Our company is negotiating with the data center regarding prices for v4 IP addresses, but they have already officially announced a gradual price increase in the near future. For our part, we try to make affordable prices as much as possible without sacrificing the quality of services. 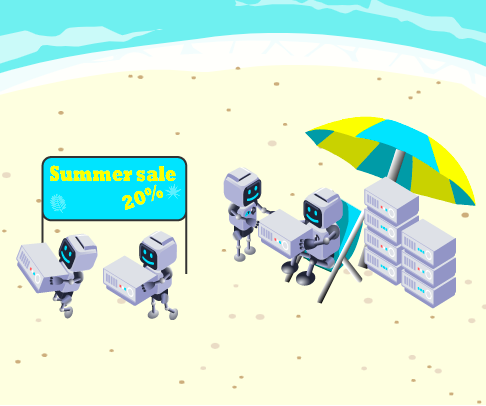 Dedicated server at a discount

By System
Dedicated server at a discount
We are well aware of the high demand of our customers and partners, and therefore we are ready to offer a short-term promotion that involves fixing a discount throughout the entire order service for Dedicated Servers.

More information can be found on the page:: https://iphoster.net/dedicated 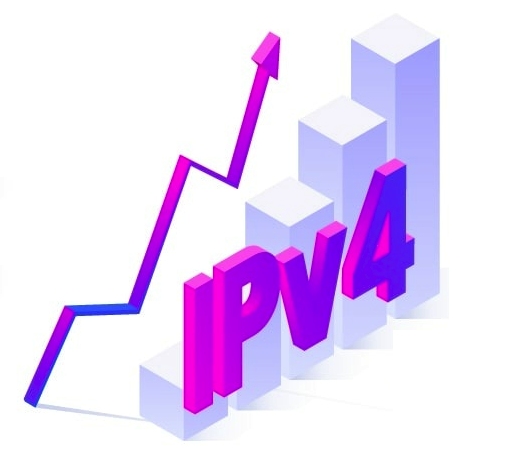 By System
It has long been known that IPv4 has been depleted, and non-profit organizations that give out blocks have been left with nothing. The last block was given away in 2019 by RIPE, while the first signal of IPv4 scarcity came back in 1991 or even earlier. Against this backdrop, IPv4 prices are getting higher and higher every year.

The average person can ask a logical question: - What are we talking about, and what is IPv4?

Explaining in understandable human language let's imagine that there is some mobile operator, which has some reserve of combinations of numbers (phones), this reserve is limited and can not consist of more than 9 numbers, so there may not be enough numbers for all.

With IPv4 it is almost the same, there are certain rules and limitations, because of which the number of combinations of IP addresses consists of about 4.3 billion, and if we think about the population of the planet which is close to 8 billion, and gadgets, sites, servers, Internet users, etc., even more.

Specifying the restrictions, each IP address must consist of only 4 parts, separated by a dot, and each part must consist of digits only, but no more than three digits in each part, thus creating a global shortage of IP addresses, version IPv4 which physically "not enough for all.

Unfortunately in 1970, the people who designed the Internet assumed that the given stock of IP addresses is enough, but they were very wrong.

Any sane person would ask a logical question, but what actions have been taken to resolve the problem? That's right, in 2012, the World IP Addresses IPv6 was issued, which will cover the stock of IP addresses for the next decades.

This format of IP addresses may look like something frightening for a normal user, but for the common administrators it is not a problem at all, and to be more precise, who has ever remembered any combinations of IP addresses! Let's also remember about the global deficit of IPv4, but there are a lot of other advantages of the new version of IP addresses, and the list is endless.

How much the world is ready to completely transition to the new IPv6 format?

The problem is the incompatibility of IPv4 and IPv6, for example, if a person who uses only IPv6 will visit a site, which uses only IPv4, then the site simply will not work. There is also the complexity of setting up a network, buying new equipment, and time to administering the new software, it all adds up to billions of dollars.

If we talk about the average Internet user, by and large, everything has been ready, operating systems, gadgets, routers - ready (you can check the compatibility of your gadget at the link: https://test-ipv6.com/). According to statistics from Google (https://www.google.com/intl/en/ipv6/statistics.html?25%#tab=ipv6-adoption), IPv6 usage in 2022 reached 40% and this figure will only increase, IPv4 is no longer available, so the growth of IPv6 and the value of each IP address IPv4, - are inevitable. 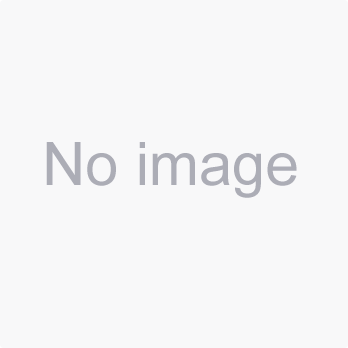 Selection of IP addresses and events in Eastern Europe

We are glad to announce that now every client who wants to order a VPS server can get acquainted with the list of IP addresses available to him and indicate it in the order.

In order for the IP address to be assigned to you, you must follow 2 important rules:

We believe that this feature will be very useful for our customers, which almost no one provides.

Some clients ask about sanctions and events in Eastern Europe, of course, we are against any violence against civilians of any country. Our company is safe, the sanctions are targeted, we do not have politicians or oligarchs among our clients so that we apply any sanctions :)

Our team sincerely and sincerely congratulates all our partners and clients with the upcoming New Year 2022!

We wish you good health, an abundance of creative ideas, inspiration and prosperity. May your projects be stable, inexhaustible growth, and high uptime, may they bring you motivation, joy and success!

At this wonderful moment, we are pleased to announce good news, to give you more resources for your projects, any new or existing client can now get more RAM for the same money:

We try to provide quality services and make the most affordable prices.

We would like to thank you for your trust in our team and a low bow to you, we promise that in the New Year we will try even harder and harder to work for you so that you feel maximum comfort, care and safety!

Updating and migration of ISPmanager 6, VMmanager 6

By System
Greetings to our dear partners, users and like-minded people!

Its no secret that ISPsystem will stop supporting and updating its ISPmanager 5 product in the last year. In this connection, some control panels such as ISPmanager for hosting have been updated to the 6th version. Users who use the services of a virtual server (VPS) - it was not enough with a simple update, since VMmanager 6 is a completely new product, we had to migrate VPS from the previous VMmanager 5 to a new platform, however, some functions became unavailable for a regular user (compared to 5 -th version) not provided by the developer, but they promise to implement everything in the future). Such functions as Connect your own ISO-image, now users can through their own bash script or through a support request, you can change the password for entering VMmanager in the Billing panel of the main site => My account => Settings => VMmanager 6 authorization data, except it remains an automatic daily backup system (snapshots) run time 4-9 am).

End of support for ISPmanager 5

What are the ways to solve this problem?

First: until June 14, 2021, it is possible to renew existing licenses, which will work until December 31, 2021 (unfortunately, it will not be possible to change the ip licenses), that is, licenses can be extended until the end of the current year. For our part, we are ready to provide the maximum discount! Thus, this issue will be postponed for a while.

Second: It is possible to change the control panel, for example to DirectAdmin, where the price remains the same as now for ISPmanager, or even switch to the free control panel HestiaCP, BrainyCP, Fastpanel - we are ready to take over the transfer of all your projects.

... Read more
Choose the domain name of everything
$55 .tj
get the result now
Quick Search

All materials are copyrighted (2016/0280 (COD). Using this site you agree to the Terms of Service and Privacy policy.
Since the year 2007-2023 IPHOSTER OÜ. European hosting company, Business Registry code (Estonia): 14415348.
An additional tax may be added to the cost of services in cases of residence of the European Union.
<!-- Время выполнения скрипта: 0.0775 сек...>